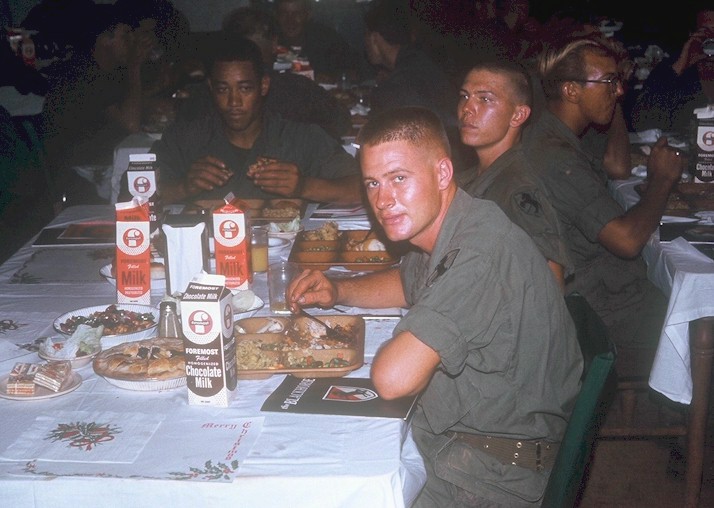 Christmas dinner at Blackhorse , December 25, 1968.  One of the very few times that we were ever at base camp.

On the right background leaning backwards is Brian Pilon.  Lance Pilon writes about his father "He was a sergeant and provided forward  recon and dismounted patrols for the 11th cav.  He usually worked with the ARVN troops and locals, but hopefully someone may recognize him.  He served 68-69 mostly around Loc Ninh but of course, rotated out to base camp once and a while. Originally he was from Thomson,   Ohio but now my parents live in Quakertown, PA.

If you can identify these K Troopers, send feedback.